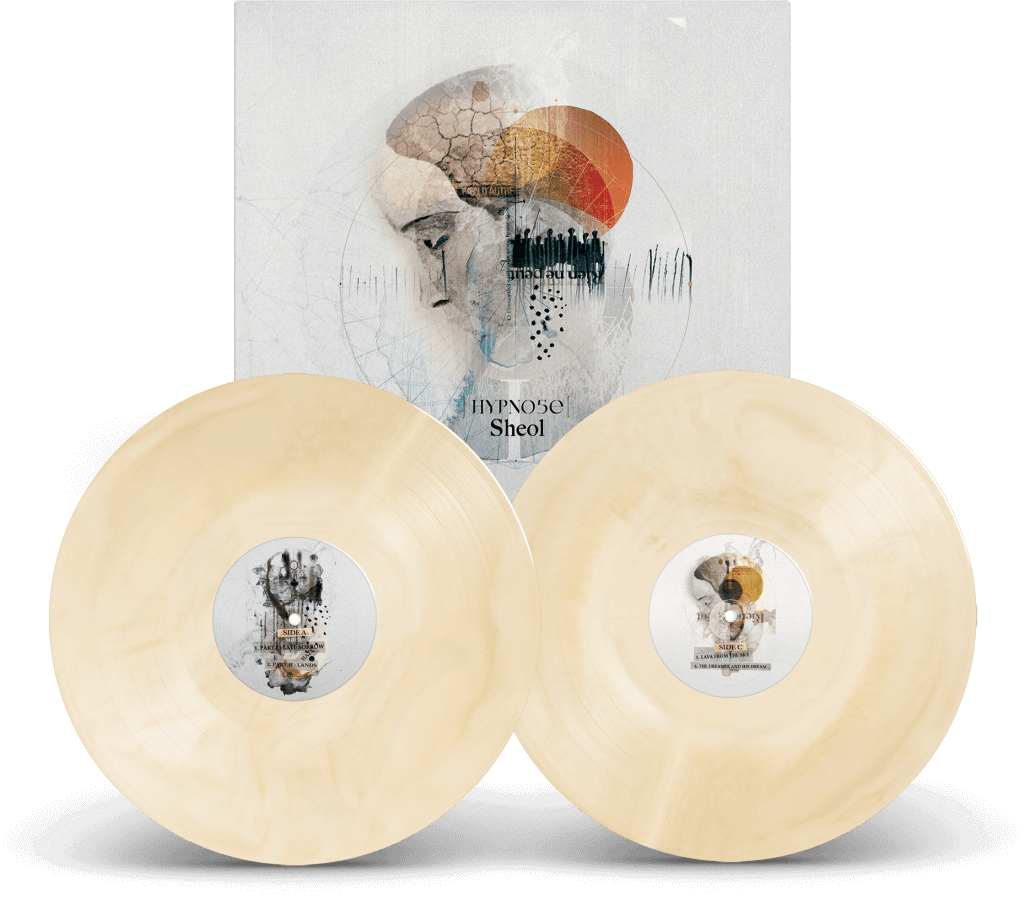 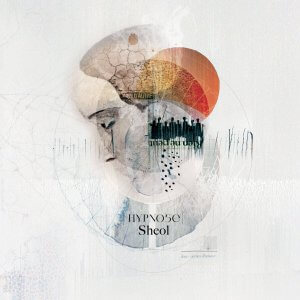 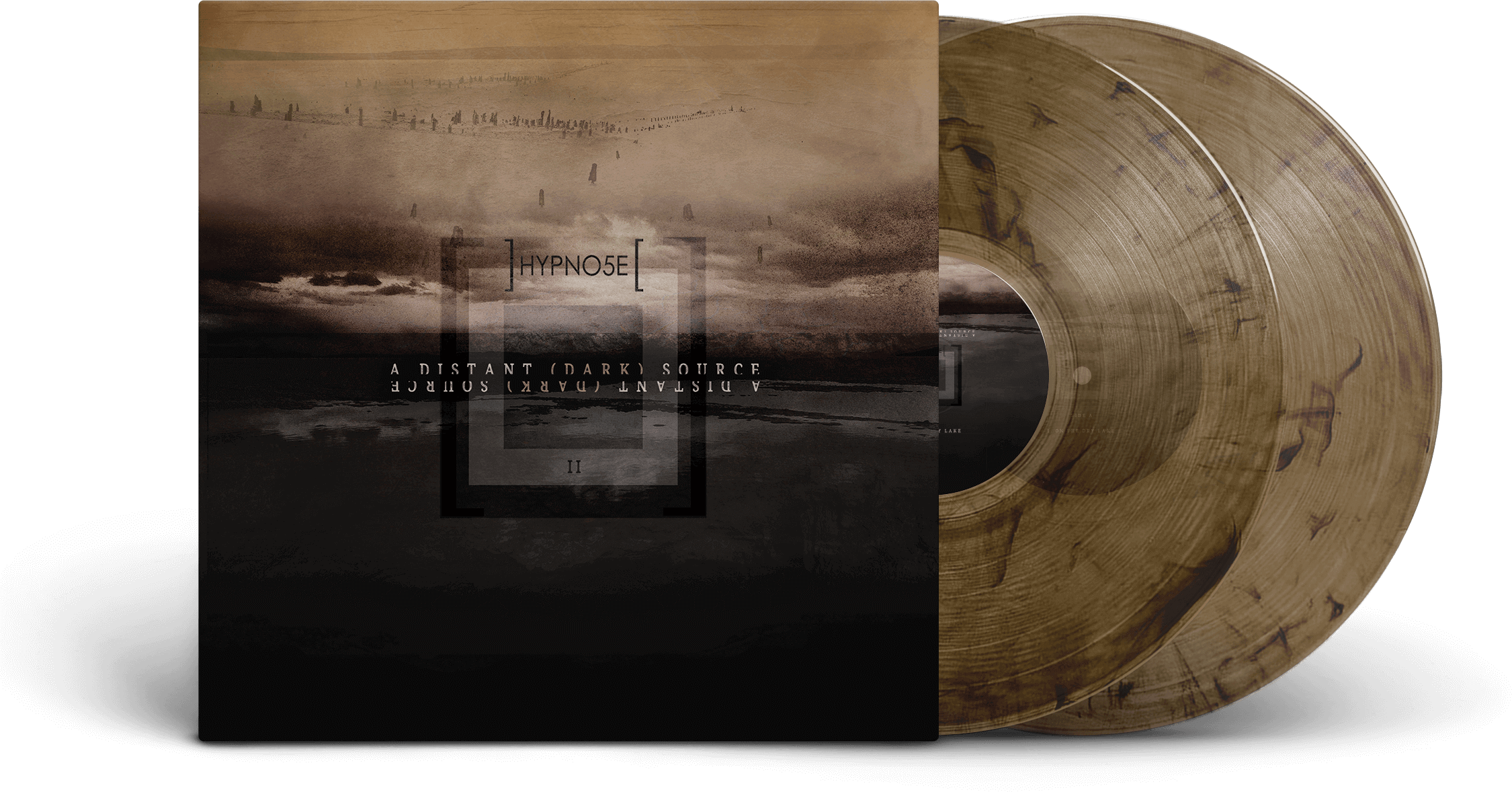 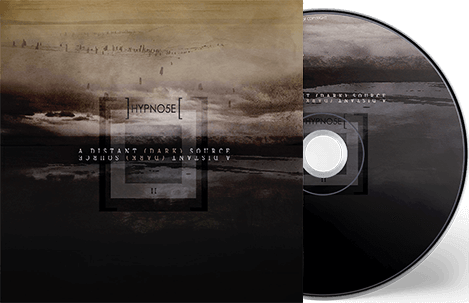 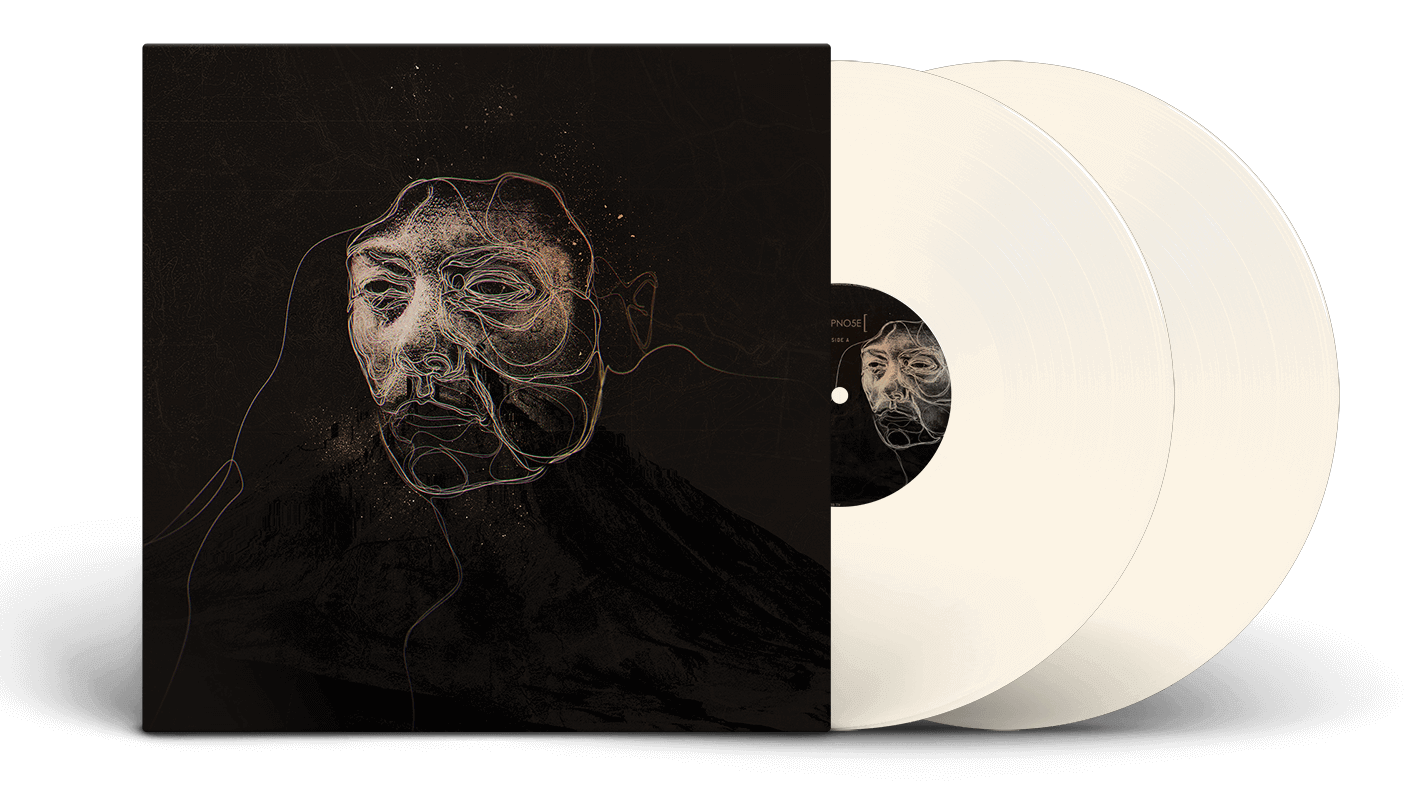 After the ambitious A Distant (Dark) Source (2018) and the subsequent artistic triumph of its live recording in 2021, French avant-garde metal outfit Hypno5e return with their sixth studio album.
In the Hebrew Bible, Sheol is the place where all souls meet after their death, to remain in silence and to turn to dust once more. Sheol is the story of what was before that night. The two albums are built, like the myth of Sysyphus, in a cycle. ‘Sheol’ begins where ‘A Distant (Dark) Source’ stops and ‘A Distant (Dark) Source’ ends where ‘Sheol’ begins.
Once more, these four visionary musicians and cinematographers take us back to the lost shores of the palaeolithic Lake Tauca, where we dive deeper into its dark source to fnd vibrant visions of a memory both distant and hazy as well as warm and evocative.
Emmanuel Jessua (guitar, vocals), Charles Villanueva (bass), Pierre Rettien (drums), Jonathan Maurois (guitar) 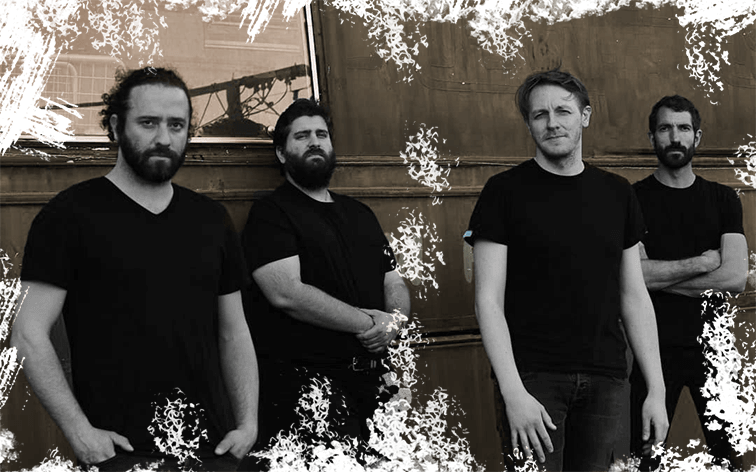 Since 2006 the band have been taking grand strides in honing their brand of cinematographic metal, with each of their albums developing elements that would become essential building blocks to their sound. Their 2007 debut album Des Deux l’Une Est l’Autre harnessed a raw, chaotic energy, while the following Acid Mist Tomorrow (2012) saw them apply a hazy filter to their ferocious sound. On Shores of the Abstract Line (2015) they already transformed into the true modern metal grandmasters they are today, while the special soundtrack album Alba – Les Ombres Errantes explored a more subdued acoustic side of the band.

In many ways, Sheol refers to the band’s previous album, but this record sees them take their musical endeavours one step further in terms of consistency and musical density. Once more, the band delivers drawn-out compositions that marry angular modern metal riffs with massive grooves and layers of evocative vocals. Once more, the music is haunted by hair-raising string sections (this time provided by a veritable string trio!) and bloodcurdling percussive rim-clicks. Once more, the band revels in a superbly curated selection of poets reading excerpts of their own work — most notably César Vallejo, Jean Cocteau and Anne Sexton. «Tauca Pt. 1 – Another» shakes your hand like an old friend while album opener «Nowhere» hearkens back to «A Distant Dark Source Pt. 1» with its eerie high guitar leads.
Sheol sees the band sounding warmer and brighter than anywhere else in their storied discography, and the arrival of new drummer Pierre Rettien and bass player Charles Villanueva adds a fresh touch the classic Hypno5e sound. The sweeping finales of «Lands of Haze» and «The Dreamer and His Dream» as well as the pastoral qualities of the quiet finger-picked parts on «Bone Dust» and «Lava From The Sky» hearken back to the old prog rock records of the seventies, albeit with an updated sonic palette and modern production parameters. Besides, these eight tracks also see the band carefully exploring new patterns, shapes, and forms within their own musical universe: from the alternating use of ritardando and accelerando on the aforementioned rim-clicks to the increased employment of string sections and vocal harmonies.

With the addition of a whole new palette of warmer and brighter tones, the band  superbly bridge the sounds of the modern progressive metal and retro prog-movements creating an evocative sonic experience. Sheol is undoubtedly the band’s best work to date as it gives evidence of an undeniable strength in artistic vision. Being able to produce one incredible album is one thing but creating a second part to it with the same determined energy is an incredible feat. Sheol is simply a stunning deep dive into what is all about, amounting to an incredible journey for both long-time fans as well as prog afcionados who are yet to familiarise themselves with this phenomenal ensemble.

Hypno5e have forged the term “cinematic metal” with their truly epic-scope compositions, oftentimes exceeding not only the 10- but the 20-minutes mark, merging elements of contemporary metal with latin folk and soundtrack-score like sonic landscapes. After the acoustic special album “Alba – Les Ombres Errantes” (2018), the Southern French quartet are now returning with a more “typical” Hypno5e record, if there is such a thing: their 5th album, “A Distant (Dark) Source”, is the second part of a diptych album project.

Each part will be released separately, starting with the second one. “A Distant (Dark) Source” continues to chase those demons and lost memories which the band has been chasing ever since their debut album “Des Deux L’Une Est L’Autre”: the album is an inward journey to the land of the ghosts of the past. At the origin of this distant dark source lies Tauca, an old Paleolithic lake located in Bolivia, where singer and guitarist Emmanuel Jessua has grown up, and continues to find inspiration for his musical endeavors.
Lake Tauca disappeared more than 15 000 years ago, leaving behind an arid land and salt lakes, like the Salt Desert of Uyuni or Coipasa, at 4.500m of altitude in the Andes mountain range. “A Distant (Dark) Source” is the musical imagination of a night in this desert, during which the old shores of the lake see the return of the shadows of the people who used to live in this area before its disappearance. A man comes back to the lake to look for the shadow of the woman he loved. The album tells the story of this ephemeral return.

“A Distant (Dark) Source” is the second part of this story and takes place during one single night.

Don’t be deterred by such conceptual enthusiasm, as their sound is powerful, visceral and immediate. There are moments that remind you of the expansive technical elaborations of BTBAM, but there is also the careful melancholia of Cynic and the sheer power of Gojira… but in the end, all these comparisons fail – Hypno5e’s organic sound is undoubtedly their own. Unlike so many bands who rely on a single sound or technique to create their music, they are not bound to any precondition.

Alba, the movie, the soundtrack

Alba – Les Ombres Errantes is the first full length movie directed by singer and guitar player Emmanuel Jessua. The story features two brothers who reunite when their mother dies in La Paz, after a long separation through a Bolivia that is both real and dreamlike.

The soundtrack of the movie, performed by Hypno5e‘s acoustic alter ego band A Backward Glance On A Travel Road (featuring the same members) captures the essence of that whirlwind which blurs and reunites age, dreams, and reality.

Hypno5e has turned down their amps, or switched them off entirely, to provide the  soundtrack for this ambitious project. Their conceptual, cinematic live show has always been built upon a strong visual component… but that was just the beginning of a journey which is now reaching the next level.
Watch the movie : Alba - Les Ombres Errantes
NEW
Soundcloud
Bandcamp
Facebook
Instagram
Twitter
All rights reserved Hypno5e and Pelagic Records
Management and booking seb[at]thelinkprod.fr
Promotion daniel[at]cz-promotions.com
Website g.monestiez(at)pm.me